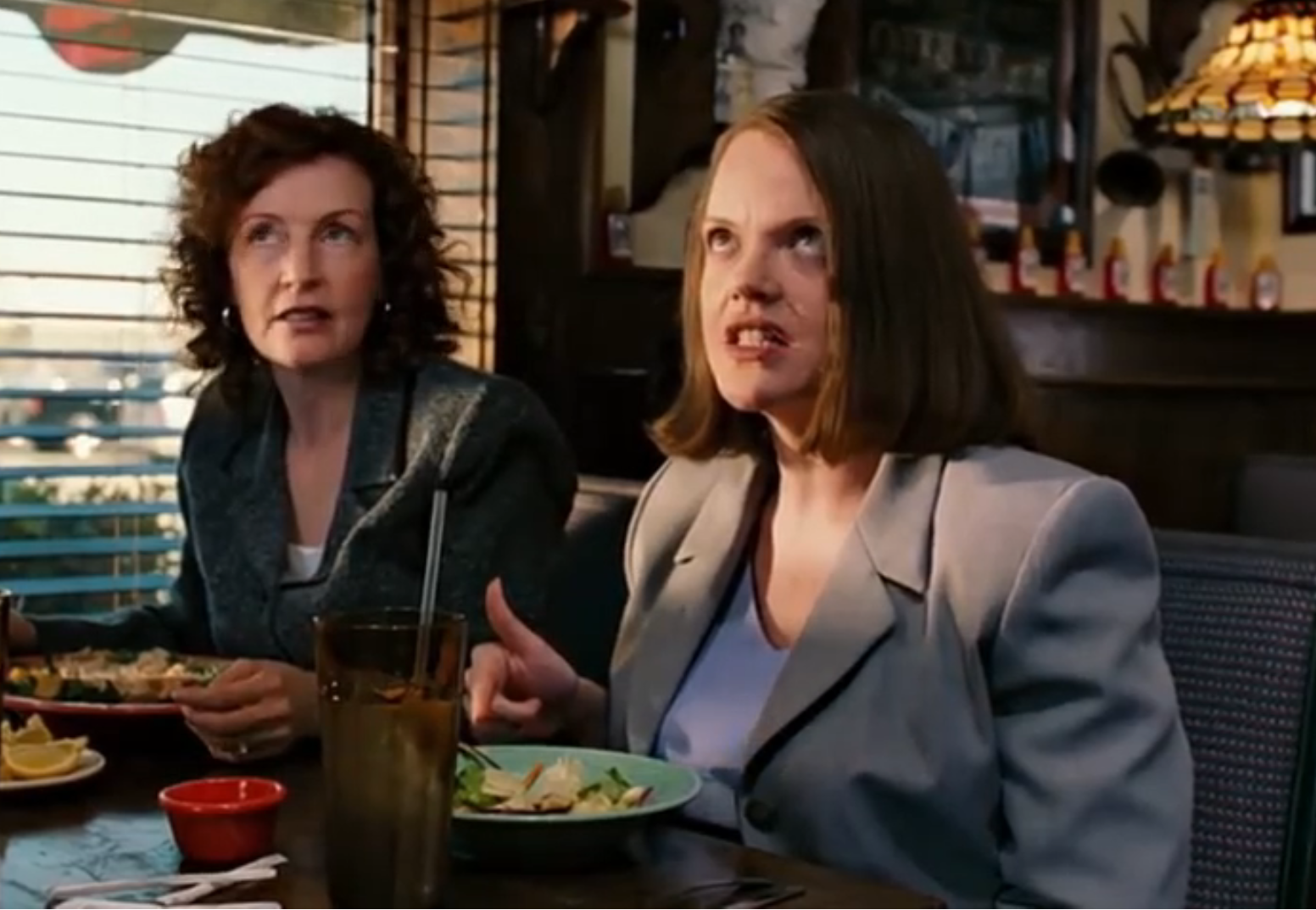 Taking care of the mistakes

Restaurateurs have to atone for a poor meal or service. And when there are literally hundreds of meals served, this will likely occur now and again. This doesn’t guarantee that the customer will forgive the restaurant, but management has to take care of this setback immediately while the customer is present. It’s definitely an opportunity to turn a mistake into a boon.

Removing the problem meal from the bill or offering a dessert or drink for free is an option. Some managers may provide a gift certificate in the hopes that the customer will return. That’s a shabby tactic in my view. Immediate action makes more of an impact.

There will be picky eaters

Monty (Ryan Reynolds) maintains his composure in the above movie scene while serving a customer who is a bitch, to say the least. His cool demeanour and willingness to make this woman happy requires the patience of Job.

Monty is able to correct the problem by having a new meal prepared and luckily the woman can still finish her salad. The issue I have with this scenario is the rest of her group are now eating their entrees while she still eats her salad. Not the best of service for even a chain restaurant.

In the movie the manner in which this problem is handled by the kitchen staff is totally unacceptable. You’ll have to check out the complete trailer, but be warned, it’s disgusting. I’m not going to provide a link for this one. We all trust that foodservice staff are professional. It does make for a humorous scene, but it could prompt customers to not complain for fear of what goes on in the kitchen with their food. Not a good promo for the industry.

Note that the dining room is virtually empty. I wonder why. Also, note that Reynolds is carrying THREE plates on one arm. He could have been a server in a busy restaurant before he got his break in acting.

Working out the kinks

Replacing a poor meal is the least a restaurant can do. The issue is everyone else at the table is now eating while the one customer waits. Overall, the dining experience has been adversely affected and a goodwill gesture is needed.

During our first few months we had numerous hiccups with service and specifically, the kitchen. Countering with complimentary desserts or drinks was common while we attempted to right the ship and we even deducted some meals from the bill.

There were a couple of instances

There will be customers that take advantage.

One instance that still annoys me though was when a customer complained about his meal in a peculiar manner. He had finished his meal and now wanted to bitch about it. I approached the table and asked what was wrong. All the young man could say was “It wasn’t there.” It wasn’t there? The server had checked while they were eating and there were no problems. Now he wanted to complain for no reason. I asked his date about her meal and she was pleased.

I apologized to him and left it at that. I walked away and realized that we had been comping quite a few meals recently and word probably got around that a complaint, warranted or not, would get you a free meal. Some of the bullshit restaurant management has to tolerate.

Here’s another example of a complaint a manager has to dance around. There was a table that had ordered a white Bordeaux wine and they complained that it was “off.” I brought a wine glass, poured a bit, tasted it, and found it to be delicious.

It’s a dry white wine with sufficient acidity. The customers were obviously not accustomed to this type of wine and although it wasn’t to their taste, I wasn’t going to pay for their poor choice. Unfortunately, there’s no pre-tasting for bottles of wine. I do think that they warmed up to it as they drank it though. It really complimented their food. Hopefully, it was a learning experience for them.

Train your servers to do this properly

Servers were instructed to allow the customers to sample all their food and then find an opportune moment to check with the table to ensure all was okay. Not interrupting the conversation and walking by slowly while glancing at the table is the appropriate behaviour for an alert server. This made it easy for the diners to get the attention of the server, if needed. Once the meal has been eaten is too late for correcting a problem.

And servers shouldn’t ask “is everything okay?” Keep it positive and instead, ask “can I get you anything else?” The customer has the opportunity to mention a problem or even request something else, such as another drink. Or extra gravy for the mashed potatoes.

Most businesses will offer a discount, usually as a percentage when correcting a problem or rewarding a good customer. Saving some money is always appreciated by patrons, but this lacks the pizzazz of free food and drink.

The cost is not as bad as you’d imagine

Writing off these freebies can be a taxable benefit as the selling price is the expense, not the food cost. So, the actual financial hit is less. It’s a cost of doing business in the restaurant world.