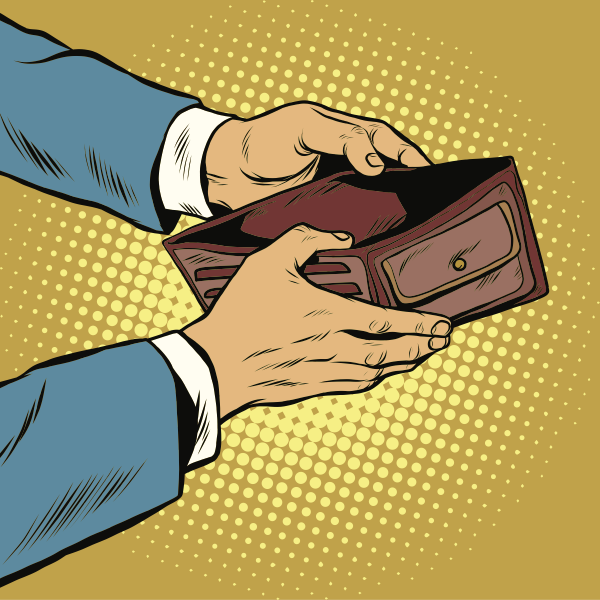 This is what happens when much of a project’s financing is not in place. I had secured monies from family and friends with the plan to use that investment as collateral to obtain commercial financing. Even for a restaurant, this wasn’t pie in the sky wishing at the time.

The project was getting out of control

However, the costs had consistently piled up resulting in a construction budget that was choking me. Construction change orders were out of control as the venture required much more work than anticipated. More on the details in my construction series.

To put it in perspective and noted in a previous post, this 10,000 ft² old bottling plant was being converted into an upscale dining room and lounge. The total costs to finally open the doors was going to approach one million dollars. Remember, this was the early ’80s. Yikes!

I was a newbie at this game and the rules were changing at the worst possible time. The economy was booming, and little did I, or anyone else, know what was looming on the horizon.

The financial community sensed that our roaring economy was ripe for a setback. Unbeknownst to the everyone, a recession was on the horizon. Inflation was 12.5% and interest rates were on a trajectory up that was sudden and unprecedented. Banks were more hesitant than usual to authorize loans to risky ventures like a restaurant. The early ’80s was in for a financial shock and I wasn’t immune.

It was about as bad as it gets. My personal investors and I had substantial monies expended, and now I realized that the dream could be coming to an end without a chance to even play one game.

Can it get any worse?

“I got crows at my window and dogs at my door, but I don’t think I can take anymore”

I remember going into the quiet construction site and wondering “What now?” Construction activity had ceased. I felt helpless and surrounded by some serious obstacles. What a shitty feeling. Holding on while the vultures circled was beyond anything I could have foreseen. One construction trade was even attempting to oust me and take over. They could smell blood.

It was early winter and the chill only added to the bitterness of the situation. Worst Christmas ever.

A bank to the rescue?

My knight in shining armour was a newly minted bank, intent on getting new customers. They bailed me out and I was able to complete the construction. However, the loan had a suffocating interest rate that was dancing around 25% as I noted in a previous post. Beggars couldn’t be choosers.

I was back, sort of

I was back although my financial problems didn’t end there. It was only a couple of weeks away from opening and I’d run out of money for inventory such as food, beverages, small-wares, cleaning supplies, etc. I could see the finish line just ahead. Luckily, I secured a line of credit that was backed by a professional associate. Unfortunately, it was another investor who would eventually take a fiscal hit.

In hindsight, the magnitude of the venture coupled with the uncontrollable economic circumstances was a disaster waiting to happen. The ability to still operate the restaurant, lounge, and bistro for over three years under these circumstances would guide me through my future entrepreneurial endeavours. Keep it manageable was the lesson I learned the hard way.