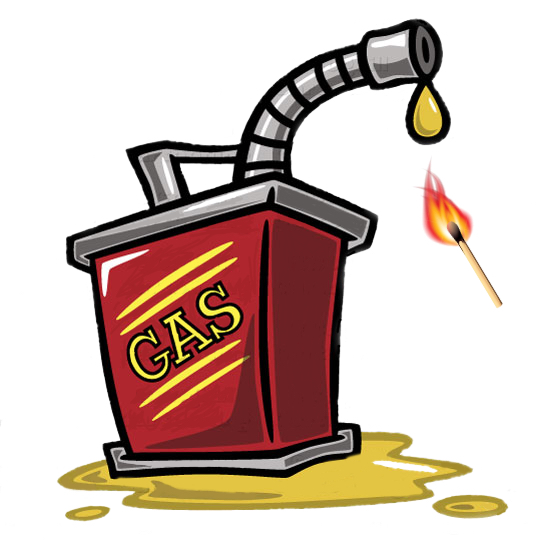 “Who gotta a match?”

When a restaurant has notoriety, the chances of becoming a target increase. Sometimes for the wrong reasons.

The news on the radio just got personal

I was driving to my restaurant early one morning and heard on the radio that there was a fire at the restaurant the night before! As you can imagine, I almost drove off the road.

Arriving at the scene, I noticed a red tag on the front door and knew something bad had happened. I wasn’t notified earlier as we had had a problem with our security monitoring recently; plus the property manager didn’t have my phone number. Not a great sequence of events.

Being considered a suspect is disconcerting

I was met by the police who had me wait a bit before entering. When I was allowed in, a fire investigator and a constable escorted me and closely noted my expressions as I inspected the damage. I knew what they were thinking, and so I uttered, “I didn’t do it! If I truly wanted to torch my own restaurant, I would have done a better job. This is a major inconvenience!” I was pissed.

There was virtually no fire damage as the sprinkler system had suppressed the flames. However, the water damage was devastating as thousands of gallons of water flowed before it stopped. We would be closed for a few months before repairs could be completed.

The carpet throughout the restaurant and bar was ruined, but luckily the damage was minimal to everything else. The carpet, however, had been imported – again, what was I thinking? – and to replace it wasn’t easy or quick.

Upon noting that we were in a poor financial position, the insurance company was hesitant to proceed with the repairs. I couldn’t blame them.

Could you answer a few questions for us, Mr. Thompson?

It was suggested that I take a lie detector test to alleviate their concerns, to which I agreed. Not admissible in court but it supported my claim that I was not the arsonist. I was amazed by the accuracy though. A few questions were personal so some trepidation with my answers was noted. The level of sensitivity was really creepy.

It was later determined that year that there was a serial arsonist in the area who had torched other sites, and this further supported my innocence.