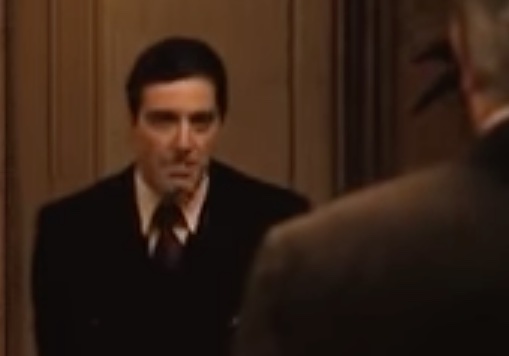 “Confront your enemies, avoid them when you can”

Now and again, I like to generalize about being an entrepreneur. This scene from Godfather 2 is one of those times. Michael Corleone’s father taught him this: “Keep your friends close, but your enemies closer.” I, on the other hand, disagree. Despite my opinion, I wouldn’t want to confront Brando on this.

I met the movie producer, Alexander Salkind, on the overnight train from London to Paris. He worked with Brando on Superman and stated that he would never work with him again. Brando had been demanding to work with as some great actors are.

I was on a fact-finding trip to the French wine region. Paul Bouchard of Bouchard Aine & Fils was in Edmonton prior to this trip and had invited me to visit his winery. My brother Bill accompanied me as he was checking out the La Varenne Cooking School, which he attended later. Subsequently, Bill became my executive chef. This trip was one of the perks of being in the restaurant business.

Another view of this advice

This advice is more applicable in business as one cannot choose everyone with whom they work. Enemies is a harsh term as it really relates to difficult people that are encountered. When a problematic person is met, evasion often will not eliminate the problem. Conversely, if there is little to be gained, “avoid them when you can.”