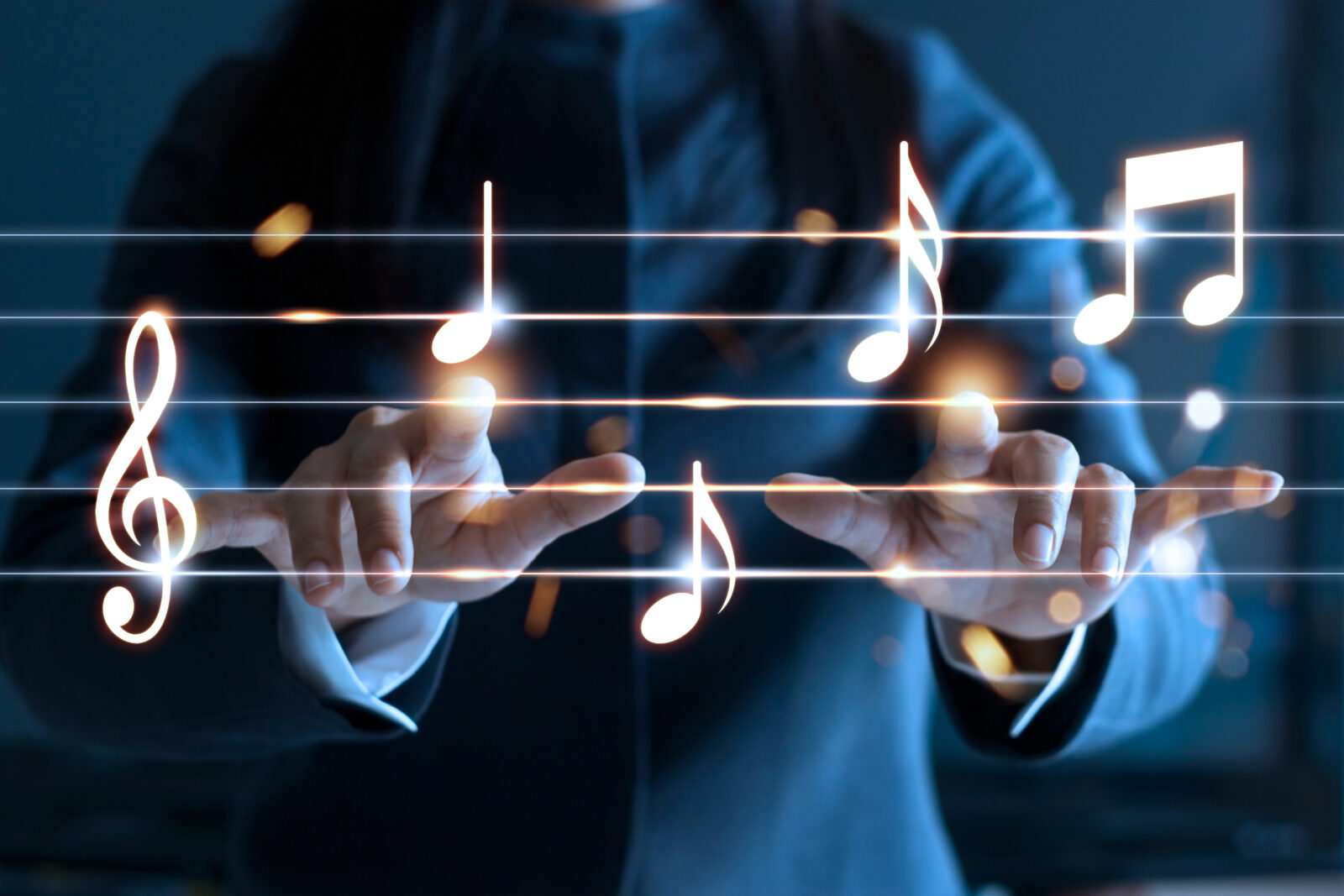 This section lists my anecdotes about the song lyrics I chose with a little more info on each song and any personal connections I may have. Not every song elicits much background, I just like the lyrics and melody in the context of an entrepreneur. It’s as simple as that.

I’ve included links to YouTube videos where available and you can always find the complete songs on your favourite music app. Remember that these are music videos so turn up the sound or use ear buds.

“Sometimes you get the best light from a burning bridge”
DON’T BURN ANY BRIDGES? (June 15, 2021)
“My Thanksgiving” by Don Henley. Henley returned to his Texas roots in 2000 to perform this song at a concert in Dallas. Finally, he seemed to be at peace with his career, family, & life.

“When I bit off more than I could chew”
GO BIG OR GO HOME? (June 8, 2021)
“My Way” by Frank Sinatra. This video is from a performance at Madison Square Garden, NYC in 1974. Paul Anka adapted it from the French song “Comme d’habitude”. It became Sinatra’s signature song, although he was known to have a real hate on for it.

“I drive my car without the brakes”
BEING FEARLESS CAN’T HURT. CAN IT? (June 4, 2021)
“Mountain At My Gates” by Foals. The line of lyrics I used from this song are specific to my post, and as always, the context I use matches the post’s theme. There are many different interpretations of the song that focus on confronting the mountain. Another post in the workings?

“Who gotta a match?”
I WAS THE TARGET OF AN ARSONIST (June 1, 2021)
“Burning Down The House” by Talking Heads. This performance was recorded in 1983 in Los Angeles. There are more songs on YouTube from this concert and they showcase the incredible energy level that David Byrne would bring to his shows.

“Walk a mile in my shoes”
OFFERING AN APOLOGY (May 28, 2021)
“Walk a Mile In My Shoes” by Joe South. Joe South wrote and released this song in 1970 and Elvis Presley was also known for performing this song. The phrase means that you should try to understand someone before criticizing them. What a novel idea.

“It’s under my skin but out of my hands”
DON’T LET WHAT YOU CAN’T CONTROL EAT AT YOU (May 21, 2021)
“Women in Chains” by Tears for Fears. Oleta Adams provides the female voice to this emotive song. It focuses on the abusive relationship between a man and a woman, which is still too common. The lyrics are powerful and poignant. What is even more disturbing is that the man, a boxer, is so gentle with his pigeons. Weak best describes his character.

“Now we’re cookin”
FIRE – NOW WE’RE COOKING (May 18, 2021)
“Crockpot Girl” by Rebecca Lappa. There are so many references to food in the lyrics by this local (Edmonton) musician. Ironically, I first heard the song on the wfmu.org non-commercial radio station in Jersey City, NJ that was suggested by my son.

“Because your mind is on vacation and your mouth is working overtime”
OPENING A RESTAURANT? EXPECT FEEDBACK FROM EVERYONE (May 14, 2021)
“Your Mind Is On Vacation” by Mose Allison. Mose Allison was making music during the popularity of beatniks. Beatniks were cool and associated with the Beat Generation. They stressed artistic expression and alienated themselves from the conventional or “square” aspects of society.

“It’s the good advice that you just didn’t take”
OPENING A RESTAURANT? EXPECT FEEDBACK FROM EVERYONE (May 14, 2021)
“Ironic” by Alanis Morissette. Alanis performed this signature song on Howard Stern’s radio show in 2004. Irony seems to be prevalent everywhere these days and more common than usual. Head-scratching at best.

“I’ll be watching you”
OBSERVE, IF YOU WILL (May 11, 2021)
“Every Breath You Take” by The Police. A supposed love song that actually references stalking and jealousy. I read that some couples even played it at their wedding. That’s creepy. It was released in 1983 on the Synchronicity album. The YouTube link is from a performance at the Tokyo Dome in 2008.

“Time is on my side, yes it is”
START EARLY, SO YOU CAN RECOVER IF YOU DON’T SUCCEED (May 7, 2021)
“Time Is On My Side” by The Rolling Stones. This video is from The Ed Sullivan Show in 1964. The band was on a fall concert tour and this appearance generated over a million dollars in ticket sales. Although it brought the ire of conservative adults who thought the band was a scruffy bunch, they did capture the attention of the American audience.

“Closing time, one last call for alcohol so finish your whiskey or beer” ” … but you can’t stay here”
CLOSING TIME IN A BAR (May 4, 2021)
“Closing Time” by Semisonic. Two lines of this song were used for this post. The first time I heard “last call for alcohol” as well as “drink ‘em up before we pick ‘em up” was in 1977 at a strip club in San Diego called Pacers. I had won a trip to California and I brought along two close friends. We decided to check out all the tourist sites. The prize also included an RV for two weeks. A recipe for much shenanigans for 3 twentysomething guys.

“If it wasn’t for bad luck, I wouldn’t have no luck at all”
IF IT WASN’T FOR BAD LUCK (April 30, 2021)
“Born Under a Bad Sign” by Cream. You don’t have to be in business to have this sentiment every now and again. Cream typifies the classic British rock & roll band and could truly play the blues. The YouTube link is their 1993 performance at the Rock and Roll Hall of Fame.

“On the summer side of life”
WHAT SEASON OF LIFE DO YOU THINK YOU’RE IN? (April 23, 2021)
“On The Summer Side Of Life” by Gordon Lightfoot. This YouTube video is from a BBC live performance aired in 1972. The song was released just as I graduated from high school and it obviously struck a chord.

“Can I handle the seasons of my life”
WHAT SEASON OF LIFE DO YOU THINK YOU’RE IN? (April 23, 2021)
“Seasons Of My Life” by The Chicks. Stevie Nicks wrote and recorded this song in 1974 and The Chicks recorded it on their 2002 album Home. Definitely a spiritual question.

“We’re all in this together”
NEW RULES FOR THE RESTAURANT GAME (April 13, 2021)
“We’re All In This Together” by Sam Roberts Band. A driving beat with a simple message that we can all identify with these days. No one’s getting off this planet soon, no matter what Elon Musk says. The YouTube video is black&white which created an apocalyptic feel. It includes a studio perspective during the recording of the song resulting in an extended video.

“…remember to breathe”
REMEMBER TO BREATHE (March 26, 2021)
“Remember to Breathe” by Sturgill Simpson. The YouTube link is just the audio with a cover shot from the album “Sound & Fury.” There is another video of the song, but I the animation was too violent for my taste.

“Moneys too tight to mention”
I FINANCED MY RESTAURANT AT CREDIT CARD RATES (March 16, 2021)
“Moneys Too Tight (To Mention)” by Simply Red. This song was written and first recorded by The Valentine Brothers in 1982 and covered by Simply Red in 1985. The video is from the Montreux Jazz Festival in 1992 and takes a poke at Ronnie Reagan’s fiscal policies as U.S. President. His trickle-down economics shit on the middle class. I know all too well about money problems. If this song doesn’t get your toes tapping, you’re comatose.

“To forget about life for a while”
THE ESCAPISM OF A RESTAURANT (March 9, 2021)
“Piano Man” by Billy Joel . This is the second tidbit of song lyrics I grabbed from Billy Joel’s Piano Man as the words fit the premise of this post so well. The video is another version of Billy in a bar/lounge. “Don’t grope the server!” needs to be repeated until this practice stops. Politics be damned.“You make me wanna cry”
COVID-19 & THE SCAVENGERS (March 2, 2021)
“Cry” by Godley & Creme. The song was released in 1985. Godley and Creme were members of the rock band 10cc. Their rich vocals are as good as it gets. This video was one of three that used transitioning faces in black & white. I refer the “you” in the lyrics to be pointed at the overall dire situation in the world these days, specifically COVID-19.

“You don’t know me, you don’t know me at all”
IF YOU ARE SUCCESSFUL, ARE OTHERS SURPRISED? (February 23, 2021)
“You Don’t Know Me At All” by Don Henley. This link is from a David Letterman show in 1996. Poor video quality but the sound is only marginally better. Many of Henley’s song lyrics can be acerbic as he gets perturbed quite easily. His combative relationship with the media is notable, i.e. “Dirty Laundry.”

“When I wore a younger man’s clothes”
IS THE RESTAURANT BUSINESS A YOUNG MAN’S GAME? (February 2, 2021)
“Piano Man” by Billy Joel. I was in Los Angeles scouting furniture and eateries before I started construction on my restaurant. My mentor and I went to this upscale lounge in Beverly Hills and I was amazed by how good the resident piano player was. He reminded me of Billy Joel. I forgot where we were and how rich the talent pool is in L.A. It was the only lounge we visited twice and the cocktail server even remembered our drink order from the previous night. Classy joint.

“You wouldn’t believe what I’ve been through”
CONSTRUCTING A RESTAURANT IN AN OLD BOTTLING PLANT;
WHAT WAS I THINKING! (January 22, 2021)
“Cat People (Putting Out Fire)” by David Bowie. I remember listening to this song when I’d go running at night after another crazy day in my restaurant. It seemed appropriate at the time. The YouTube video blends some great video with tidbits from the 1982 horror movie that starred Nastassja Kinski and Malcolm McDowell.

“I got gas in the tank, I got money in the bank”
YOU NEED JUST TWO THINGS TO START A RESTAURANT (January 12, 2021)
“The Man” by The Killers. I hadn’t thought about using music lyrics in my blog until I heard this song. When I first heard it, I thought that this captured the simplest requirements to be an entrepreneur. A bit of a cocky attitude as well.

“Heads on straight and that’s all that matters”
I WAS A RESTAURANT ENTREPRENEUR – THIS BLOG IS MY THERAPY
(January 4, 2021)
“King of El Paso” by Boz Scaggs. A cool song by a very cool musician. If you check the many song lyrics websites, you’ll find that it states “My Hearts” instead of “Heads.” Heads makes more sense anyway. Great advice.

“Just listen close I’ll tell you how I feel, you need to know so I’ll talk slow, I always keep it real”
KEEP IT REAL
“How’m I Gonna Find You Now” by James McMurty. McMurty’s lyrics and rockabilly rhythm are catchy with the right amount of grit. Note that I don’t approve of the customer’s tipping manner with the bartender in the YouTube video.

excellent clips i really enjoyed listening to them

Irma, Thanks so much for taking the time to take a look at my latest effort at creating some kind of entertainment and insight into the restaurant biz.
Greg